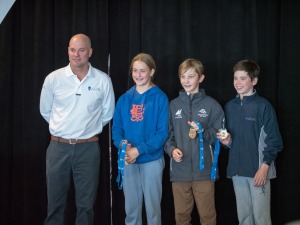 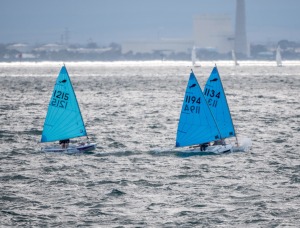 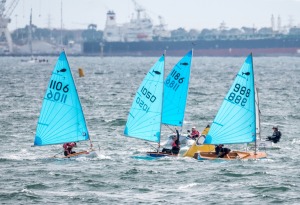 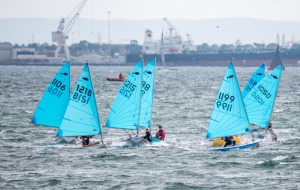 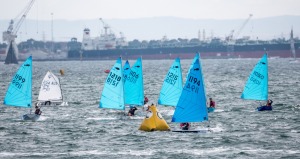 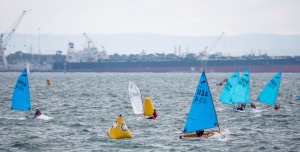 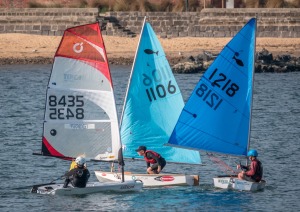 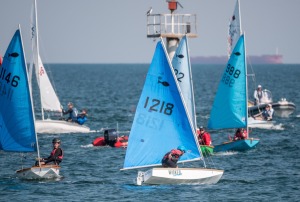 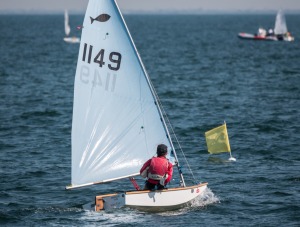 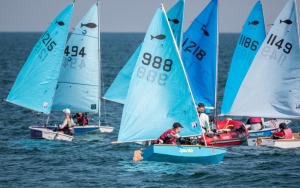 By the weekend though the weather changed and it was a WINDY three races on the Saturday of the Club Marine Victorian Junior and Youth Championships. All 13 of our Minnow sailors on the course should be enormously proud of what they achieved today in some of the most challenging conditions. Everyone finished at least one race in winds gusting well over 20 knots at times. Special mention to Angus, Archie and Eliza who all finished races in big winds despite being sailing in the Novice division very recently.

All 3 races were run as the "t2" course which was a triangle, sausage. In race 1 Hamish had a big lead at the top mark and Ed spent the race edging closer and closer to within30 seconds at the finish. Race 2 saw Taj leading at the top mark, but in the last beat to the finish Sally overtook both Ed and Taj to win. Race 3 again saw Taj just in the lead at the top mark, but by the bottom mark Hamish rounded narrowly ahead of Ed, Taj, and the rest of the VST sailors. The wind picked up on the next beat and Ed and Taj made the most of it opening a gap from the rest of the fleet by the top mark. Ed won with Taj second. Behind Darcy Disney had a superb beat to pass a few boats and move into third. At the bottom mark in the big wind he unfortunately struggled to jibe and Hamish slipped by for third. At this point the RO decided enough was enough with the lightning storm getting closer, and the race was shortened so everyone could scramble back to shore.

Unfortunately racing on Sunday as abandoned due to a wind storm force warning for Port Phillip Bay.

Our next event is the Gippsland Weekend Away on 22-23 April, come along and enjoy a weekend of sailing and fun on the lakes.