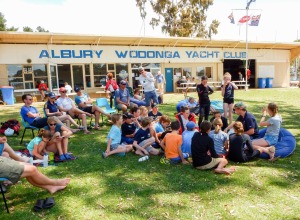 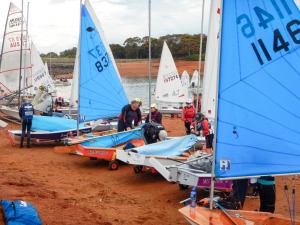 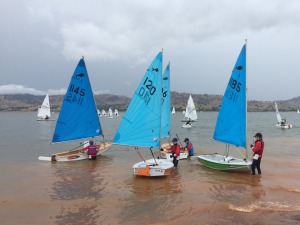 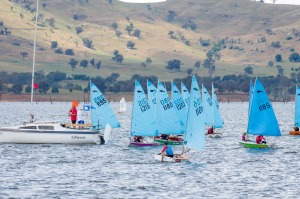 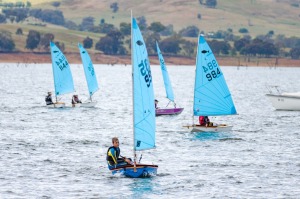 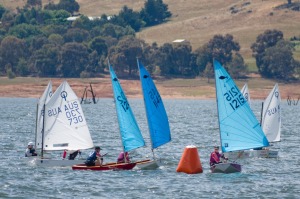 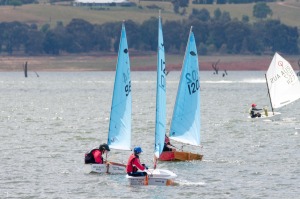 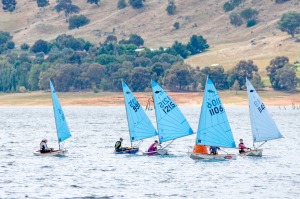 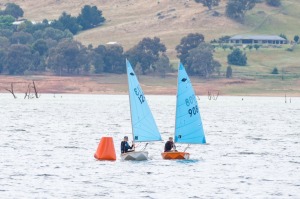 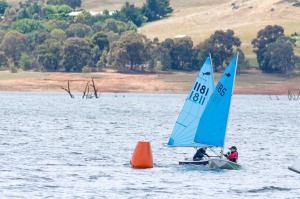 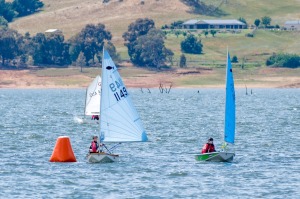 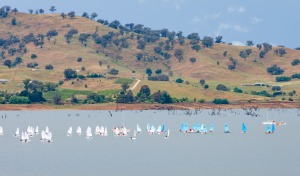 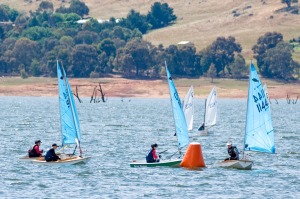 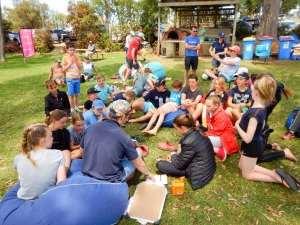 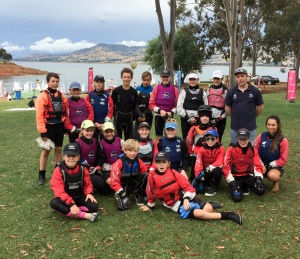 Sail Country is an event hosted by the Albury Wodonga Yacht Club on the banks of Lake Hume. This year we had 19 Minnow sailors and their families enter the event and camp on the grounds of the club. The weather forecast in the lead up to the weekend was pretty dire but in the end we had only the occasional rain and still plenty of time for sailing, relaxing and fun.

On the Saturday the kids headed out to start racing after a brief weather delay. The wind direction soon stabilised and they managed to get three races in. Phillipa, Anna and Ed each won a race. On the Sunday there was once again a brief delay due to weather before the sailors headed out to the course. The wind filled in nicely and another three races were run with Anna winning two and Kate one.

A special mention to Josh who in his first open regatta, and only a few months since first stepping into a minnow, finished one race on the Saturday and then all three on the Sunday, congratulations Josh! Daniel did well too and came very close to finishing a couple of races. It was also great to see some of the junior sailors improve significantly since their last regatta and now able to mix it with the more experienced sailors.

The results were unpredictable and closely fought with 11 kids having a top 5 result in at least one race, but in the end it was Anna who won, with Ed a close 2nd and Kate in third. Congratulations guys! Thanks too to Paul Rogers for his coaching and briefing sessions before and after each day of racing.

If you didn't make it to the event this year then you should consider coming next year; it's a great weekend and an excellent opportunity for the kids (and their families) to have fun and make good friends. That's what sailing is all about.