Date with Chelsea for WA stars of yesteryear 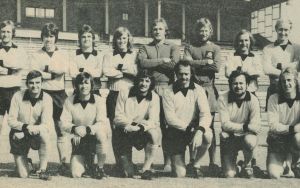 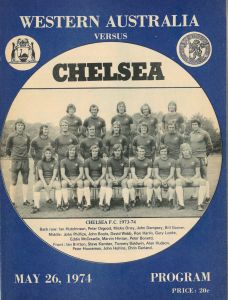 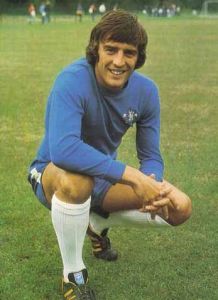 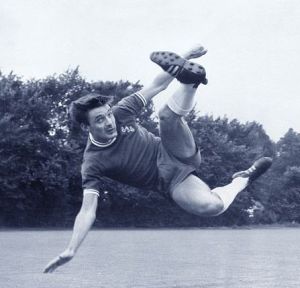 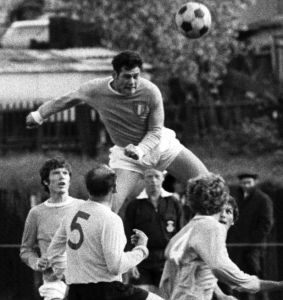 WA STATE team stars of yesteryear will be feted by the State Government at a special function before Perth Glory's blockbuster international challenge against English superteam Chelsea at Optus Stadium on July 23.
Chelsea played in Perth in 1965 and in 1974 when they faced the State team - and it is hoped that many of the WA players from those games will be able to attend the pre-match celebration.
Jeff Williams, who captained WA against Chelsea in front of a near sell-out crowd of over 15,000 at Perry Lakes Stadium in May, 1974, was one of several former State team players who recently fronted the media for a sentimental reunion.
He was joined by WA greats Peter Mitchell, David Jones, Mike Ireson and John Van Oosten, along with Glory stars Dino Djulbic and Scott Neville, to run the rule over the new Optus Stadium, which will stage its first football match with the visit of Chelsea.
"It's a terrific venue and will be a great setting for the match," said English-born Williams, who was a striker with East Fremantle Tricolore 40 years ago. "When we faced Chelsea it was a magic moment. But there were many great games in those days. We had also played Aberdeen just a few weeks before the Chelsea game, so great memories of that year."
Centre-half Djulbic will relish the challenge of facing a team that recently beat Manchester United to win the English FA Cup. He said: "The Chelsea clash will be a big day for all the Glory players - and I'm sure it will also bring back a lot of memories for a lot of fans and the players who previously took on Chelsea."
WA gave Chelsea a real run for their money in 1974 before going down 1-0 to a goal scored by star striker Ian Hutchinson, who was noted for his terrific heading ability and his amazing long throw-ins.
Hutchinson only played 144 games - scoring 58 goals - in his eight seasons at Chelsea, which were blighted by a frustrating run of injuries.
His injuries included two broken legs, a broken arm, a broken toe and persistent knee trouble, which kept him out of the side's successful European Cup Winners' Cup run and limited him to just four appearances in the 1972-73 season. He retired in July 1976 aged 27, having been unable to conquer his injury woes. He died in 2002 at the age of 54 after a long illness.
The Chelsea squad that played at Perry Lakes was: Peter Bonetti, Graham Wilkins, John Hollins, Micky Droy, Gary Locke, Chris Garland, Bill Garner, Charlie Cooke, Ian Hutchinson, Ken Swain, Ian Britton, Ray Wilkins, Brian Bason.
The WA squad was Peter Mitchell, Bob Taylor, Mike Quayle, Geoff Cole, David Jones, John Davidson, Jeff Williams, Denis Barstow, David O'Callaghan, Ray Ilott, John Sydenham, Stephen Sceats, Dave Sneddon, Reg Davies, Peter Garnham, Bruno Madaschi, Mike Palmer.
Former England-23 international and Southampton winger John Sydenham, who had been playing for Inglewood and Floreat Athena that 1974 season, was making his WA debut and received some quizzical looks from the Chelsea players.
"I had been playing against many of the Chelsea players just a few years before when I was with Southampton in the English league, so they were quite bemused by the fact that they were now facing me in Australia," recalled Sydenham.
The only WA player to have so far scored against Chelsea is John Van Oosten, who came on as a second-half substitute and within 15 minutes had the ball in the net with a strong left-foot drive in the 1965 clash at the WACA Ground.
But it was the London club who ran out comfortable 6-1 winners, with a stunning hat-trick from ace goal-getter Bobby Tambling and other strikes from George Graham, Jim McCalliog and John Mortimore.
Tambling, now 76 and living in Ireland, had a remarkable record with Chelsea. He scored 202 goals and was the club's top striker for over 40 years until Frank Lampard surpassed the mark in 2013.
The Chelsea line-up in 1965 was: Peter Bonetti, Ron Harris, Ken Shellito, Frank Upton, Marvin Hinton, John Hollins, Bobby Tambling, Jim McCalliog, Peter Osgood, George Graham, John Boyle.
The WA squad was: Lou Ivanoff, Roy Simpson, Sesto Riberi, Rod Reid, Peter Giorgi, Theo Paap, Nino Segon, John Van Oosten, Mike Ireson, Bev Allan, Gerry Cullen, Peter Perich, Ray Magennis, Cees Scheepens.
The majority of the WA players from the 1974 and 1965 games have been inducted into the Football Hall of Fame WA.