Floreat back on form 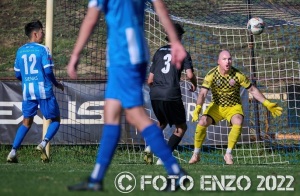 Floreat Athena bounced back from their mini dip in form to defeat Gwelup Croatia 4-2 and remain top of the NPLWA men's competition.

Athena had lost in the league for the first time last time out, 3-0 at Cockburn, before going out of the Australia Cup at Stirling.

But they got back on track with a comfortable home win over Gwelup.

It means the leaders sit atop a tightly packed table which sees the top five sides separated by three points.

The hosts found the net twice in the first 21 minutes to take the upper hand at E&D Litis Stadium. Jawad Rezai steered in Riley Woodcock's cross from the left for the opener before providing the assist for Ludovic Boi to find the corner.

After the break Ben Steele rose highest to head in Nick Ambrogio's corner for his first senior NPL goal and Rezai tapped in Bayley Brown-Montgomery's pull-back to make it 4-0 midway through the second half.

Gwelup fought until the end though and struck twice within as many minutes to temporarily scare Athena. Rene Kisesa scored his second goal with a curler from outside the area before Samuel scored in equally superb fashion from distance.

No third goal was found to set up a nervous finish as Floreat stayed top and level on points with Perth RedStar, who kept pace with impressive 4-1 win at Armadale.

Chok Dau was the headline act with a hat-trick as the Joondalup-based club ended a run of three defeats in all competitions. Dau's first came on eight minutes when he raced away down the right and finished emphatically into the corner, and his second came inside 20 minutes via a tap-in.

Armadale had a quick response up their sleeve though as Adriano Jelenovic bundled home beyond the returning Johnny Perkins.

Perkins has rejoined the club having departed ECU Joondalup at the end of last season and he was called upon to make a sensational triple save from three Gordon Perkins efforts.

And that proved valuable in the second half as RedStar pushed the pace with two second half strikes to put the game to bed. Daryl Nicol scored for a sixth straight league game in 2022 to make it nine goals for the campaign to make it 3-1 and then Dau ran clear to complete his hat-trick as Kenny Lowe's side bounced back in style.

With Stirling Macedonia's clash with Cockburn City postponed due to Covid, Sorrento and Bayswater both won on the road to climb into the top four.

Sorrento were given a brief scare in the second half but eventually came away with a 5-2 against Balcatta Etna at Grindleford Reserve.

Ollie Annis provided the first two goals from corners as Mark Barnett nodded into the back of the net before Byungatae Ahn's powerful header made it 2-0 at the break.

It seemed like game over after 56 minutes when Chris Jackson swept home a cross from the right, but Balcatta replied with two goals in 10 minutes to keep the game alive.

Ryan McLaughlin turned into his own net after Patrick Hughes saved Michael Scafetta's shot before Amir Ajan's penalty against his former side reduced the arrears further with a touch over 20 minutes remaining.

But any possibility of a comeback was snuffed out as Sorrento netted twice in the final 10 minutes through Gustavo Marulanda's tap-in and Jackson's dink.

In-form Bayswater are now unbeaten in four after a 2-1 win away at Inglewood United.

Ndumba Makeche scored for the third time this term when he showed strength to roll his marker and fire into the bottom corner.

The visitors made it 2-0 six minutes before half-time when Inglewood diced with danger at the back and Gordon Smith stole in roll into an empty net.

Harry Evans' free kick in second half stoppage time proved only to be a consolation as Bayswater gained revenge for last year's 5-0 defeat against Inglewood.

On Friday, Perth Glory and Perth SC played out a goalless draw at Crazy Domains Stadium.

Both teams had their chances to win it on the night. Lucas Rossi collected Andrew Maranta's diagonal ball but was denied by Sam Reilly as Glory extended their unbeaten run to three despite chasing a first home win.

Defending champions Perth, meanwhile, are still seeking their first win and league goal of the campaign despite having the better chances. They could have won it themselves had Hasani Sinclair been able to steer an effort past former Azzurri stopper Adrian Sinagra.

- Perth SC and Floreat Athena meet in their rearranged Round One match tomorrow night (Tuesday 3 May) at Dorrien Gardens at 7pm.