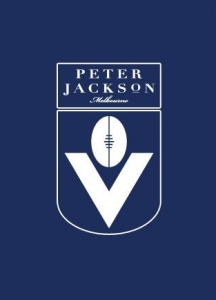 SAM Mitchell can proudly reflect on a stellar football career that still has much to offer.

Mitchell captained Hawthorn when it won the 2008 premiership; led the club for three seasons, won two best and fairests and claimed the NAB Rising Star award.

He can also look back at the indelible mark he made on the VFL during his time at Box Hill Hawks.

It’s an extraordinary feat on several fronts. Firstly, the vote tally is the second highest (Werribee’s Michael Frost owns the mark with 32 votes) since voting reverted to reflect a collective rather than individual umpire’s vote in 1981).

But, more significantly, Mitchell played just 11 games for Box Hill Hawks. He polled 10 best-on-ground and a single one vote, an achievement that is unlikely ever to be repeated.

Mitchell is a great example of how the VFL has been transformed from a competition where players would head at the end of their AFL career to a launching pad to an AFL career.

As well as providing young players with an avenue to the AFL, the VFL also allows players a second chance.

Hawthorn rover is one of 48 ex-VFL players currently on an AFL list and one of 118 players who have either been selected at the AFL National Draft, Rookie Draft or Pre-Season Draft since the VFL was revamped in 2000.

It’s an endorsement of a competition that not so long ago was viewed as largely irrelevant. That accusation now has no currency.

Currently, there are two AFL captains – Collingwood premiership captain Nick Maxwell and Western Bulldogs Matthew Boyd – whose origins date back to the VFL.

Maxwell and Boyd, who played for North Ballarat and Frankston respectively, were rookie listed and then elevated to their club’s primary list. Needless to say both have made telling impressions.

Last year’s Coleman Medallist Jack Riewoldt cut his senior football teeth in the VFL when Tasmania was a member.

Former Werribee defender Dale Morris is an All Australian, a feat also achieved by his Bulldogs teammate Morris.

And, it’s not only VFL players who are provided with a pathway to the AFL. It offers the same opportunity to aspiring coaches.

While previous exercises in the VFL Football Record to name an All Star team of ex-VFL players has struggled for numbers and at times quality, there is an embarrassment of riches this season.

Western Bulldogs ruckman Ben Hudson, a walk-up start in previous seasons, finds himself on the outer this season, pushed aside by Collingwood premiership ruckman Darren Jolly and the emerging Shane Mumford.

Such a dilemma presented itself not just in the case of Hudson. Cases could be made for Essendon’s Sam Lonergan, his Bomber teammate Stewart Crameri and Port Adelaide’s Jason Davenport, a past winner of the Fothergill Round Medal, but they, too, have been left out.

Fremantle’s Alex Silvagni, Essendon’s Tom Bellchambers, Melbourne’s Stefan Martin were others who we could not squeeze into the 22.

As with all mock teams, our team is sure to ignite passionate debate. That’s one of the beauties of our game, but is also indicates the strength and depth of ex VFL players in the AFL.

Significantly, it includes four winners – Michael Firrito (Box Hill Hawks 2002), Aaron Davey (Port Melbourne 2003), Robin Nahas (Port Melbourne 2008) and Michael Barlow (Werribee 2009) - of the Fothergill Round Medal awarded annually for the best player aged under 22 and with the potential to take his game to the elite level.

All four continue to make their mark in the AFL, much the same as other former VFL players now regulars on the game’s elite stage.

So, here’s the All Star ex-VFL players currently playing in the AFL (with their old VFL club in brackets)

Let us know what your ex-VFL All Star team shapes like – email anthony.stanguts@aflvic.com.au with your comments or your team and we will publish them in the record in future weeks.