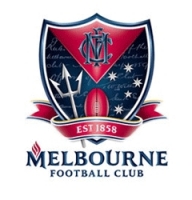 The Melbourne Football Club are the Montreal Demons official partner club. Established in 1858 the Melbourne Demons FC are one of the worlds oldest sporting organizations. In 2011 the Melbourne FC agreeded to donate a set of jerseys to the newly formed Montreal Australian Football Club for their ingural 2012 season in the newly formed AFL Quebec. We are very thankful and appreciate of their amazing support now and into the future for Aussie rules in Montreal.