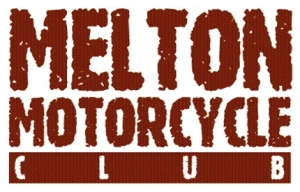 Melton Motorcycle Club Inc (MMCC) was formed in 1975, with the average membership of the club numbered around 200 when access was available to track. Members consisted of Enduro, Road and Motocross enthusiasts.

The Club used a track originally located on the Holland Hitch site on High Street Melton. Following this, in 1978 the Club commenced tenure of the Mt. Cottrell Recreational Reserve, a site donated by the State Government, via MMBW, wholly for Motor sport purposes. Use of this reserve began in 1975 with tenure of the MJMX, Pistol, & Aero Club.

The 2 clubs MJMX and MMCC combined and ran two tracks on the reserve. The top track being for juniors and the bottom track being for seniors (conforming to rules by Motorcycling Australia at that time).  Many state titles were held on these tracks in 1980s.

All track maintenance was carried out and financed by the club with no external assistance.

Many of the road race members moved on to the Preston Motorcycle Club due to lack of road race meetings within the clubs and as a result, the MMCC nearly folded.

The club blossomed in spite of this, with new off road riders coming to join to ride the Motocross track events the Club held throughout the western centre.

During the Djerriwarra festival, Club members would ride their bikes down Melton High Street, promoting the Club and the Reserve. An excellent result was achieved from this event with many new members found.

In 1985 Motorcycling Australia through Motorcycling Victoria (the official Governing Body for the sport) allowed junior riders to ride the senior track. Use of the reserve became a family affair with many Melton residents joining up. In 1998 Melton Council located a car park in the middle of the complex with a view to also providing club rooms.

In 2000 the MJMX folded for unknown reasons and Melton Council asked MMCC to take over administration of their track. As dictated by the insurance policy, the reserve was locked up and opened only by a designated Committee member to financially contributing members approximately once a month.

Between 2006 and 2008, the Club rearranged the track to incorporate “the car park” and completed works to Melton Council requests (i.e. moving start gates to the bottom of the track away from residents) at expenses to the club in excess of $38,000.00.

In early 2008 MMCC promoted and operated 3 major events (the Melton 2-day, Western Region and Junior Victorian Titles) at the track and received high praise for the quality of the facility from renowned competitors, spectators and MV officials.

The Club holds both Motocross & Enduro events throughout the year, with member ages ranging from 5 to 50. These events are well supported with riders coming from far and wide, with many coming from within the Melton Shire area, giving the local riders somewhere to ride that is both safe and close to home.

For the past few years, the Club has also hosted the Kids with Cancer motorbike camp, where the children are brought to the track for a weekend and taught to ride motorbikes, helping them keep a positive and healthy attitude in their fight. The Club supplies the track & facilities free of charge and M.V. supplies the insurance and permits for this worthy cause.

In late 2008 Melton Council suspended operations of the facility due to concerns relating to environmental issues. Melton MCC is currently working together with Melton Shire, Kelloway Lonsdale and Motorcycling Victoria to construct a document to allow the club to exist on the Mt Cottrell Recreational Reserve while incorporating procedures to avoid these issues.

MMCC has been and will continue to be a not-for-profit organisation. All funds from members are directly injected back into the site.

As a member of Motorcycling Victoria (MV), MMCC is committed to safe, inclusive and well managed motorcycling. This includes routine and random audits of its venue standards and procedures by MV.

As a progressive grassroots club, MMCC is dedicated to providing members of the community with a safe, economical means in which to practice their sport of choice, at a facility in close proximity, with controlled conditions, appropriately supervised and conducted.

The membership is currently 301 with a further 49 affiliate members. Of the total membership 35 % are residents or ratepayers in Melton Shire Council.

The Club is targeting 500 members with 60% from within the Shire or ratepayers to the Shire within 3 years.